The record is the last place you should look for indicators. 16-14, 7-11 in conference, it doesn’t mean much. Not in the scope of where this program is going in the Courtney Banghart era. This season was always going to be a haphazard affair; a transition period in more ways than one. Starting the season with half the bench unable to go. Thin depth. Three stalwarts trying to cohere with a freshman and a transfer as a starting five. This was never about the win-loss column. It was about a bigger, more existential question: where are we headed?

Start with looking at the little things. The benches have been moved. For the longest time, they were opposite of our season ticket seats near the corner of the basket closest to the pep band. But Coach has been quite adamant about one thing since she took the job, and said so very plainly the first time she went on the Carolina Insider podcast: student engagement is vital. She wants Carmichael to be like it used to, and like the Dean Dome is now for the men’s team: packed and delirious. It’s a tiny detail, but shifting the benches to the other side of the court, where the student section can see the personalities and celebrations and all the little rituals benches develop, might be a help towards that aim. She’s never said so directly, but I’d guess that’s why they were moved.

Then there’s what Banghart did tactically this year. The short bench hampered everything. For whatever reason, this year’s senior class has been snake-bit with injury luck since they set foot on campus. Your heart aches for Liv and Naomi, who saw so much less time on the court than they should have. For Em, who was playing brilliantly this year until she re-injured that leg. For Liz, deservedly given a scholarship prior to the season. But damn if Coach didn’t maximize what was available. 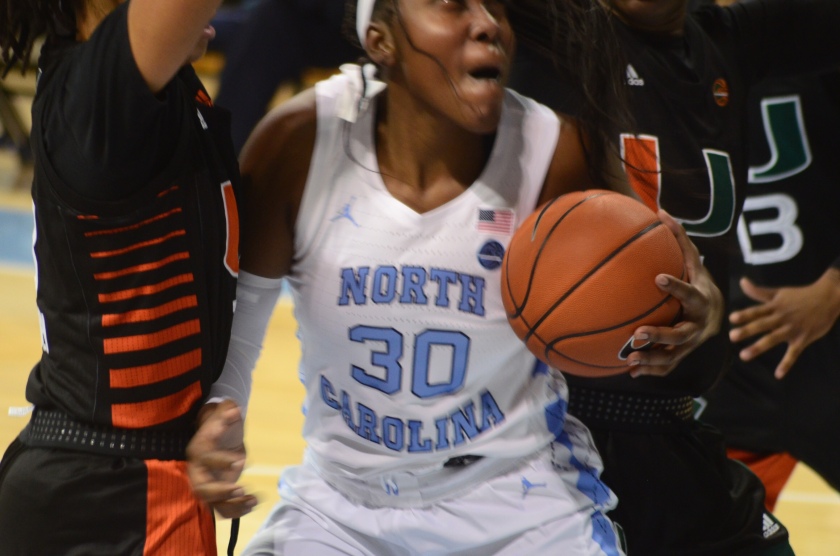 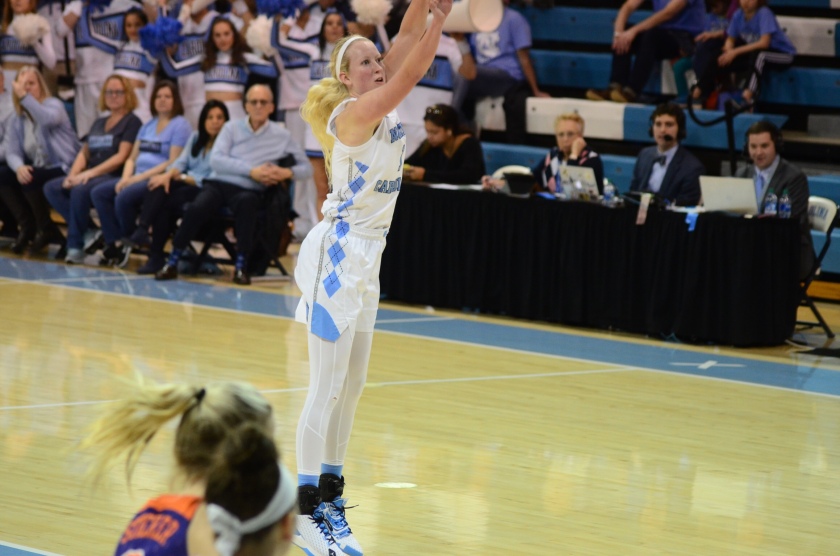 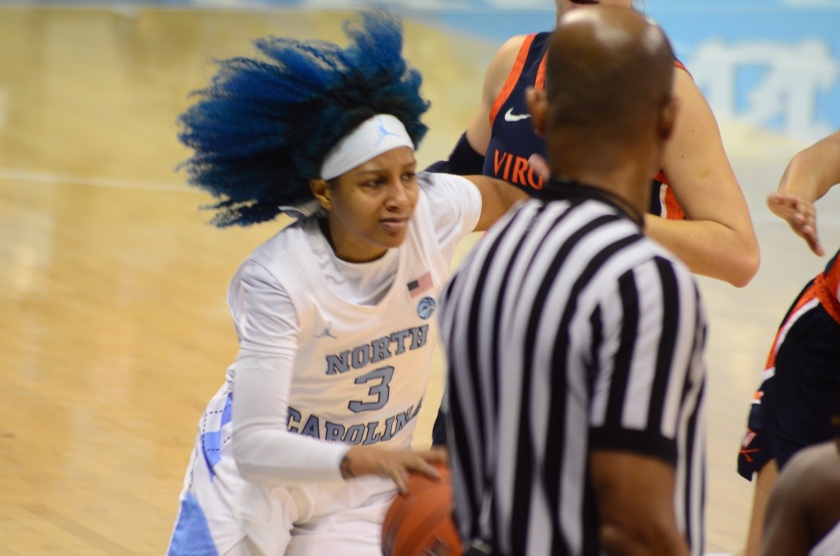 For starters, she took the restrictor plate off the offense. The Heels ran that four-out set with Tay on the low block and Janelle at the top of the key a ton because it was nearly a guaranteed two (or three) points. They let Janelle put the ball on the deck a little, too, because the same raw strength that lets her dominate in the post also allows her to drive to the rack with ferocity. They stopped doing a lot of the dribble-hand-off actions that defined past seasons and let Shayla play more intuitively at the point. They let Dino (who passed through Chapel Hill for one bright, amazing season like a comet) cook, because we haven’t had anyone that explosive and with that next-level caliber of sick handles since Latifah Coleman. Coach saw the strengths and weaknesses and maximized the former while ensuring the latter had minimal negative impact. Leah sniped with imperious efficiency from deep as she does. Lu just kept showing out more and more as her freshman season rolled along and she realized how special she was. Of her classmates coming off the bench, Kennady flashed some crafty handles and a nose for finding the rim off the bounce. Nia has a silky jumper and already knows how to find her spots on the floor. Lexi Duckett didn’t clock enough playing time to really get a feel for what she’s got, but she seemed to understand right away where to be on both ends and she can shoot as well.

I would have committed crimes to have a healthy Jaelynn this year. Not just for the difference she would have made in minutes totals, but for the lineup flexibility she would have given. A two-way explosive genius and unrelenting dawg of a player. God this team would have been spectacular with her in the fold.

Defensively, this year was insanely fun to watch. With Tay able to switch everything and Janelle being an absolute force, Carolina had plenty to work with. Shayla’s always had a keen instinct for jumping passing lanes, and she was undeniably ruthless this year. Lu got a crash course in the post on both ends when Janelle was hurt late in the season, and she’s got the same quick-twitch, double-jump instincts N’Dea Bryant had. And let’s take a minute to praise what ultimately ended in a loss but was one of the coolest things we saw this season. Nia and Kennady had showed themselves already to be incredible defenders. Great footwork and court awareness, active hands. Just fabulous. But late in the road game at Wake, things went to another level. We needed quick stops, so Coach unleashed them and Dino to run full-court traps on the Deacs. The ensuing possessions were like watching velociraptors hunt. It was awe-inspiring. Wake never knew what hit them. One final, unexpected surprise from Leah, who has always had a sense of her defensive limitations and known where to be on the floor: she figured out leverage this season. Not just positioning, but how exactly to place her compact frame on an opposing player in a way that best positions her to play Archimedes, maximizing her fulcrum of strength. 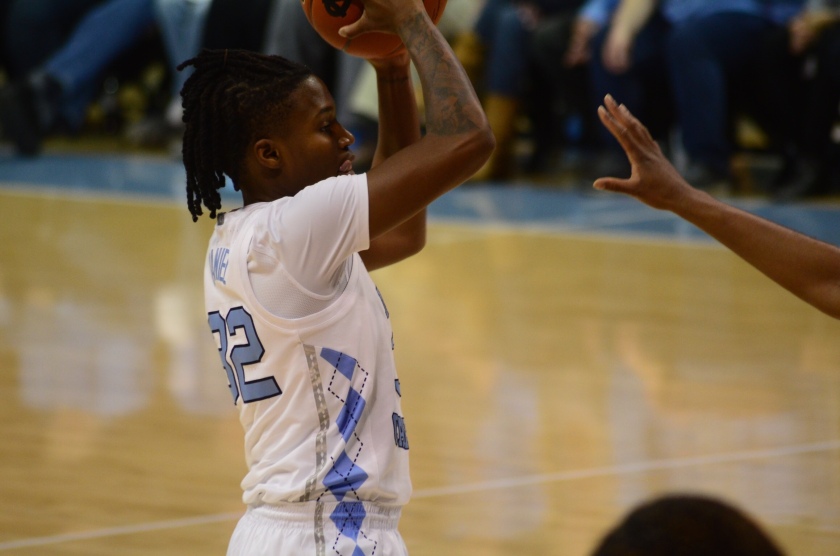 Overall, the takeaway has to be the joy and hope and the sense of purpose, of progress. From the players, from the crowd in Carmichael. Something imperceptibly shifted this year. Something was different. Our barn rocked a little harder, cheered a little louder whenever a player came out. The amplified fandom and buy-in manifested in a thousand tiny ways. Not the least of which was the aforementioned road game at Wake, where Deacs fans were forced to Hark The Sound Of Tar Heel Voices as we shouted them down in their own gym. There was a note of jubilation, of optimism, that hadn’t been there in a long while. Slowly, painstakingly, Courtney Banghart is building something. Something new and aspirational and shining and brilliant. Next year’s team will be very young but it brings the #11 recruiting class in the country into the mix with Janelle and Leah and the freshmen who showed such a vast swath of promise this year. Something great is coming.  Soon. 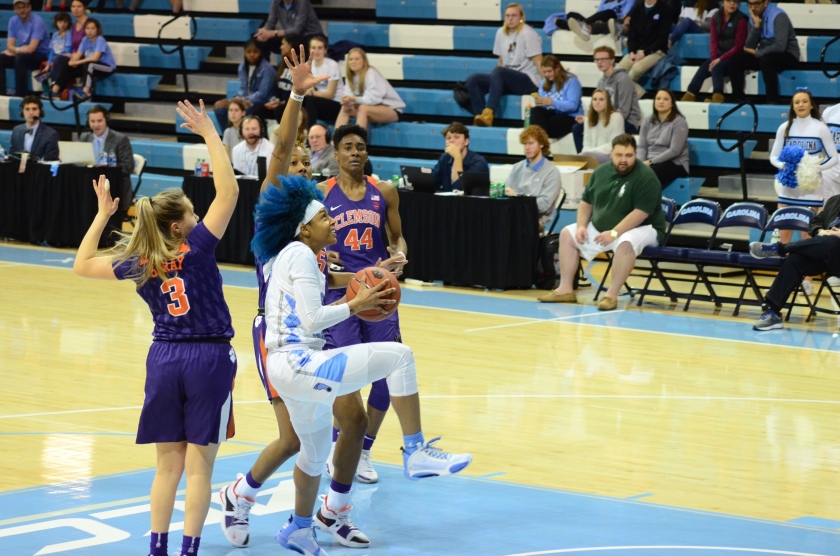 To crib a college football concept, Bill Connelly often refers to a first-year coach taking over a team in extreme flux as “year zero.” Essentially, the first year is so chaotic that you can’t really gauge the barometer and just have to say next year will be the real “year one.” That seems about right for what Coach just negotiated. But there were flashes. Beating State to once again end their undefeated streak. Damn near beating Louisville. Even at the end of the season, with a roster full of dead legs and exhaustion, they never stopped. They never quit.

We’ve sat through six seasons as season ticket holders; some of our friends from Carmichael have sat through many more. But everyone is on the same uplifted and forward-looking page right now. We’d love this team no matter who was coaching, but Courtney Banghart has brought something to Chapel Hill. There’s a resonance in her presence, undefinable as yet but definitely there, pushing the Tar Heels towards something. It echoes. It matters. It sings and hears the reply. It Harks The Sound.